Our Board of Directors

We are very fortunate to have such a professional and diverse Board to guide us in our mission. 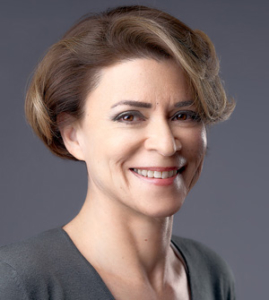 Ramona Azarnia brings more than 30 years of experience in technology operations with Hewlett-Packard to her new position on the ESCA CancerSupport Board. During her tenure at HP, she held director-level positions in information technology, process engineering, and strategy and planning, working in the US, Asia Pacific and Europe.

Ramona became a volunteer for the Paddle for CancerSupport Dragon Boat Festival as Team Coordinator in 2018, in support of close friends and family who have been affected by cancer. She is looking forward to bringing her organizational and management skills to her position on the Board, while continuing as a dedicated volunteer.

David is a qualified UK Chartered Accountant and a retired partner from PwC Switzerland. Following his graduation from the University of Bristol, UK in Psychology and 2 years working in Meribel, France, Dave joined Coopers & Lybrand in London.

After qualification, he moved to Geneva in 1989 and was promoted to audit partner in 1995. During his career at PwC, Dave has provided audit and accounting services to many of the well-known  corporations, NGO’s and UN Agencies which are the backbone of the Geneva economic landscape.

Since his retirement from PwC, he has started working as a teacher, preparing mature students for Swiss Federal qualifications and provides pro bono support to a number of organisations including WWF International and Sentinelles.

Dave has both UK and Swiss nationality and uses his free time fruitlessly trying to reduce his golf handicap. 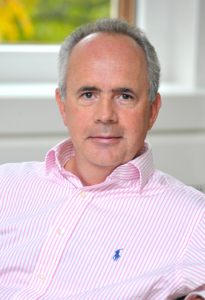 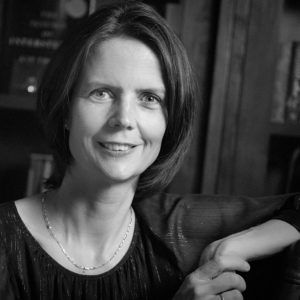 Dr Conny Vrieling has been working in oncology for over 20 years. She started her research with a special focus on breast cancer in the Netherlands Cancer Institute (NKI) in Amsterdam, resulting in a PhD. After her training as a radiation oncologist in the NKI, she continued working there with a specialization in breast and prostate cancer.

In 2006, she moved to Geneva where she works as a radiation oncologist at Clinique des Grangettes. Her current research focuses on the cosmetic results after breast-conserving therapy and the long-term outcome of patients with early breast cancer. Being a non-native French speaker herself, she fully understands the importance of the work of ESCA CS and is honored to serve on the board.

Thea McFarlane worked as a nursing sister after completing General Nursing. She got her MA in psychology from the University of Cape Town, with an internship in Health Psychology. She was involved in setting up a Cancer Care centre and helped set up and direct an NGO for people living with HIV/AIDS in Cape Town, South Africa. She has over 30 years of experience working with cancer patients after studying with Elizabeth Kubler-Ross.

Thea has been a counsellor with ESCA CancerSupport since 2003. Besides teaching at Webster University for 14 years, she has studied sophrology and various Mindfulness Based Interventions. In 2017 Thea moved to the UK and now shares her time working as a Clinical Supervisor in the Oncology Department at the Churchill Hospital, where she runs training programmes for volunteers for the Emergency Department at the John Radcliffe Hospital and an MBCT-Ca course at the Maggie’s Centre in Oxford. 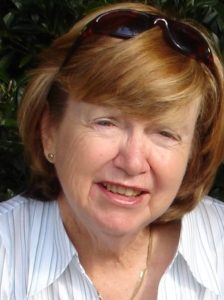 Robert Leigh left the UK after gaining a postgraduate degree in development economics from University College, London to serve in several Latin American countries with the UN Development Programme, before heading to Geneva as head of the research department of the UN Volunteers.

He was reassigned in 1996 to New York to open up a UNV office for North America. The move was delayed for a year while he battled against, and eventually overcame, a Hodgkin lymphoma.

He finished his UN career in 2007 as UNV’s policy head at its new Headquarters in Bonn, Germany, returning in 2011 as lead writer for the UN’s first State of the World’s Volunteerism Report, introduced to the UN General Assembly in New York.

Robert divides his time between the village of Grilly near Divonne in France and Verbier in the Swiss Alps. He writes on volunteer issues and continues to travel extensively, with his wife Dominique.

James Bissell holds a B.A. degree from Washington & Jefferson College and an M.A. in Administration/Healthcare from Central Michigan University. After serving as an officer in the Medical Service Corps of the US Army for five years, he joined Humana Inc, was nominated ten times to the top achievers club and was elected Administrator of the Year in 1987. After a merger with HCA, the hospital company, he continued as CEO of La Tour healthcare network in Geneva, whose flagship is an acute care hospital with over 900 employees. He finished his 36-year career in May 2017 as Chairman of the Board of La Tour SA and currently serves on the board of several healthcare organisations. He is a fellow of the American College of Healthcare Executives, International Chairman of the Marketing Communications Executive International, and past President of the American International Club of Geneva. With over 30 years’ international management experience, Geoff has held senior positions in leading companies in the FMCG, healthcare and technology sectors. He has a BA in History and MA in Management Studies, and is a Chartered Manager and Fellow of the UK’s HR and Management Institutes (CMgr; FCIPD; FCMI). With an extensive background in transformational change, organizational development and human resources, Geoff is now a coach, writer and consultant focused on helping people and organizations to fulfil their potential.

Geoff is a volunteer with ESCA CancerSupport, and was particularly interested in helping as he lost his mother, two grandparents, and a close colleague to cancer. He has lived in Switzerland since 1993, is married with two grown up daughters and enjoys reading, writing, and travelling, especially exploring other parts of Switzerland.

Korin has been a member, volunteer and peer supporter at ESCA CS for eight years.  She is a frequent presenter on behalf of the association.

Her background is in education and she taught commercial subjects to young adults and trained unemployed persons for 35 years at a private, professional school in Geneva until 2013.

Korin is also a grandmother of 5, with wide social contacts in Geneva and speaks English, French, Spanish and Turkish. She has travelled extensively. 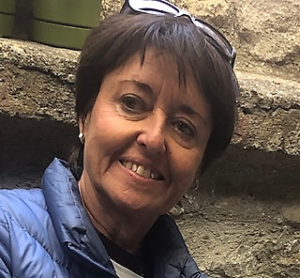